The Importance of Maintaining District Documentation in Event of Lawsuit 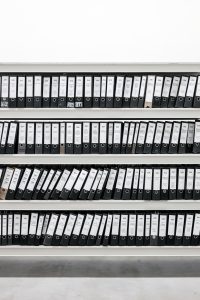 When a lawsuit is filed, the parties engage in discovery, which is a means by which each party tries to obtain relevant evidence from the other party.  As part of the discovery process, parties typically request documents and other materials pertinent to a claim or defense. This can include requests for emails, notes, videos, audio recordings, student files, and employment records, among other things.  The parties are generally allowed to request anything that may lead to the discovery of admissible evidence.

When a lawsuit is anticipated, even if it has not been filed, the school district may receive a “litigation hold” letter from its attorney explaining the importance of preserving all potentially relevant information and material until the matter is completely resolved.  The failure to do so could lead to hefty consequences in court proceedings.

For example, recently in Estate of Esquivel v. Brownsville Indep. Sch. Dist., No. 1:16-CV-00040, 2019 WL 219888 (S.D. Tex. Jan. 16, 2019), a federal district court imposed sanctions on the school district for not maintaining a video of an incident that resulted in a lawsuit against the district.  As a result of not preserving the video, the court determined the jury should be instructed that:

In addition, the parties will be allowed to present evidence concerning the lost footage to the jury, including any communications or evidence that might otherwise be protected by the attorney-client privilege.  The district may also be required to pay “an additional amount, to be determined by the Court upon the trial’s completion, to compensate Plaintiffs for the expenses incurred as a result of the lost video footage, including the expenses Plaintiffs incurred in pursuing sanctions related to the lost footage.”

The plaintiffs requested immediate monetary sanctions against the district, which they would likely have received if the court determined that the district had acted in bad faith.  There is no doubt jury instructions like the ones proposed in this case will not sit well with a jury, even if the district has a solid defense.

School district policy CPC (Legal) and CPC (Local) should cover records management and school districts should have a records management officer who oversees the management of district records.  Districts should also adopt record retention schedules that provide clarity to the district and the public about how records are maintained. It is critical for the district’s defense in any lawsuit that district personnel consistently adhere to these policies and cooperate with district counsel regarding the preservation and release of records pertinent to pending litigation.