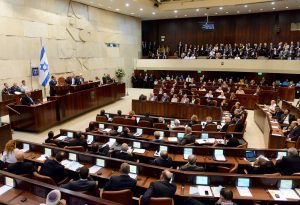 Last week, the Court of Criminal Appeals of Texas struck down the criminal provision of the Texas Open Meetings Act (“TOMA”) as unconstitutionally vague, but a new bill has already been introduced to fix the statute.  Under Texas Government Code § 551.143, it is a crime if a member or group of members of a governmental body “knowingly conspires to circumvent this chapter by meeting in numbers less than a quorum for the purpose of secret deliberations in violation of this chapter.”

The case, State v. Doyal, No. PD-0254-18 (Tex. Crim. App. Feb. 27, 2019), stemmed from the indictment of the Montgomery County Judge for violating that provision by meeting in a number less than a quorum for the purpose of secret deliberations.  The indictment alleged that the County Judge engaged in a verbal exchange concerning a Montgomery County road bond, which was an issue within the jurisdiction of the Montgomery County Commissioners Court.  The trial court dismissed the case, finding the criminal provision unconstitutional. A court of appeals reversed and the Court of Criminal Appeals accepted the case for review.

The criminal appeals court described the law as “hopelessly abstract” and “lack[ing] any reasonable degree of clarity on what it covers.”  The court wrote that the provision implicated the First Amendment right of free speech in that “protected speech is likely to be chilled because of the great degree of uncertainty about what communications government officials may engage in.”

Within days of the ruling, Texas Representative Steve Toth (R-The Woodlands) introduced House Bill 2965 in an effort to reword the provision.  The proposed legislation would change the statute as follows:

Sec. 551.143.  CIRCUMVENTION OF CHAPTER; OFFENSE; PENALTY.  (a) A member of a governmental body commits an offense if the member outside of a meeting knowingly engages directly or indirectly in a series of verbal or written communications with other members of the governmental body without a quorum present regarding a tacit or explicit agreement to act uniformly in sufficient number to constitute a quorum concerning:

(1)  an issue within the jurisdiction of the governmental body; or

The penalties would remain the same.  An offense under the statute is a misdemeanor punishable by a fine not less than $100 or more than $500; confinement in the county jail for not less than one month or more than six months; or both the fine and confinement.  The bill is in its early stages, but for now, the existing law has been held unconstitutional and, therefore, unenforceable. Stay tuned for further developments on HB 2965. ED311 will keep Districts updated on the bill’s progress and any others that may be introduced to clarify Texas Government Code § 551.143.