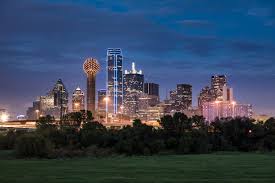 Fernando Herrera, a teacher terminated by Dallas Independent School District (DISD) at the end of his probationary contract, sued the school district under the Texas Whistleblower Act.

The district argued that it was immune from the suit because Herrera failed to comply with Texas Government Code section 554.006 requiring notice of a potential whistleblower claim regarding the separation of his employment.  Specifically, the district claimed that Herrera failed to initiate DISD’s grievance process under its DGBA (Local) policy before filing suit.  Herrera countered that he was informed that, since he held a probationary contract, he had no right to engage in the grievance procedure.

TEA scheduled an administrative hearing but the hearing never occurred. Instead, DISD withdrew its termination letter, moved to dismiss his TEA appeal, and chose to pursue termination of Herrera’s probationary employment contract at the end of the contract period.  DISD then sent Herrera a letter entitled “Excess Notification Letter” stating that his position was identified as excess for the following school year and he would no longer be employed by the district.  He was also provided notice of intent to non-renew or terminate at the end of his contract term.  The board approved the decision.

Herrera grieved the District’s decision under DGBA (Local) claiming, in part, a violation of the Whistleblower Act.  The District closed the grievance without consideration and by letter told Herrera its decision “is final … and may not be appealed.”

Following this, Herrera filed suit against DISD alleging Whistleblower Act violations. The district sought dismissal prior to trial and the trial court dismissed, finding that DISD was entitled to immunity because Herrera did not provide notice of his claims as required by the Whistleblower Act.

Herrera appealed and the appeals court reversed, finding that a fact issue existed on whether Herrera appropriately initiated a pre-suit grievance before filing suit and, in turn, whether the district’s immunity was waived.

The Whistleblower Act contains certain prerequisites to suit, such as a requirement to initiate action under the district’s grievance or appeal procedures before suing.  When a statutory prerequisite to suit is not met, the suit may be properly dismissed for lack of jurisdiction. The requirement that an employee initiate a grievance or appeal under a governmental entity’s procedure is to afford the governmental entity with the opportunity to investigate and correct its errors and to resolve disputes before incurring the expense of litigation.

In this case, the appeals court held that Herrera’s grievance gave DISD notice of the allegations involved in the lawsuit, specifically, that DISD was violating the Whistleblower Act in its decision to terminate him. Thus, on this evidence, a jury could reasonably conclude that Herrera’s grievance provided DISD the opportunity to investigate and resolve the precise allegation at the heart of his lawsuit, namely his termination in violation of the Whistleblower Act. As a result, dismissal of the suit was inappropriate. The court of appeals returned the case to the trial court for further proceedings.  The case is Herrera v. Dallas Indep. Sch. Dist., No. 05-19-01290-CV, 2020 WL 5054798 (Tex. App. – Dallas Aug. 27, 2020).