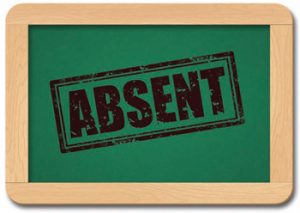 Erin Carter, a Louisiana middle-school teacher, developed migraines and stopped going to work.  After she was unable to get paid leave under Louisiana law, the district offered her unpaid leave. Carter, however, did not complete the paperwork for unpaid leave and failed to show up to teach for the rest of the school year.  After the school year ended, the school board terminated her for unauthorized lengthy absences.

Carter sued under the Family and Medical Leave Act (FMLA) and the Americans with Disabilities Act (ADA). The trial court granted judgment for the district prior to trial and Carter appealed. The Fifth Circuit Court of Appeals affirmed the judgment for the school district.

First, by not completing paperwork for unpaid leave, Carter forfeited her rights under the FMLA. Citing federal regulations, the appeals court observed that employers may require employees “to comply with the employer’s usual and customary notice and procedural requirements for requesting leave, absent unusual circumstances.” Discipline for the failure to do so does not violate the FMLA. While the district did not specifically provide Carter with notice of FMLA rights, as required, she was unable to show that she was prejudiced.

With respect to the ADA claim, the court of appeals determined that Carter was not “qualified” for the job. Regular work-site attendance is an essential function of most jobs and that is “certainly true of teaching.” The record showed that Carter’s migraines prevented her from teaching for weeks at a time and she failed to identify any reasonable accommodation that would have allowed her to remain in the classroom. The Fifth Circuit affirmed the trial court’s judgment in favor of the district on both FMLA and ADA claims. The case is Carter v. St. Tammany Parish School Board.