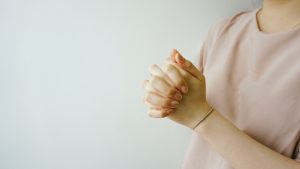 The following story has been reprinted from the Associated Press.

WASHINGTON, DC — A federal appeals court in New Orleans earlier this year ruled that a lower court correctly tossed out a lawsuit against the Birdville Independent School District in For Worth, Texas, over its practice of beginning meetings with a statement from a student that is usually a prayer.

On Monday, the Supreme Court decided to leave that ruling in place, which said the practice didn’t violate the Constitution’s banning of a government-established religion.

The suit was filed by the American Humanist Association and a graduate of Birdville High School.

“It would be nonsensical to permit legislative prayers but bar the legislative officers for whom they are being primarily recited from participating in the prayers in any way,” Judge Jerry E. Smith wrote for the panel. “Indeed, the Supreme Court did not take issue with the fact that Town of Greece board members bowed their heads during invocations.”

The opinion noted that the Birdville school board meetings are held in an administration building — not in a school. People attending can enter and leave at any time, including during the prayer.

It also noted that no student representatives sit on the board, as in some school districts.