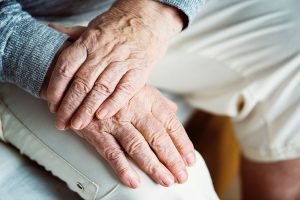 In an 8-0 decision, the United States Supreme Court ruled that the Age Discrimination in Employment Act (ADEA) applies to government employers regardless of their size.  The case arose out of the Mount Lemmon Fire District in Arizona after it fired its two oldest employees. The employees sued, claiming age discrimination under the ADEA. The Fire District responded that it was too small to qualify as an “employer” under the ADEA because it had less than 20 employees.

The ADEA provides that “The term ‘employer’ means a person engaged in an industry affecting commerce who has twenty or more employees…  The term also means (1) any agent of such a person, and (2) a State or political subdivision of a State ….” According to the Court, the statute’s 20-person requirement applies only to private employers.  As written, the second part of the definition, however, applies to States and political subdivisions regardless of the number of employees.

The Court recognized that reading the ADEA in this way gives the anti-discrimination law a broader reach, but it is a consequence of the language Congress chose to use.  The Court rejected the claim that such a broad reading would impact vital public services. The Court observed that the Fair Labor Standards Act (FLSA) also applies to states and political subdivisions regardless of size and, for thirty years, the Equal Employment Opportunity Commission has interpreted the ADEA to cover political subdivisions with less than 20 employees.

While most school districts are much larger than 20 employees, this decision could impact very small, rural districts and other small political subdivisions associated with school districts.  The case is Mount Lemmon Fire Dist. v. Guido, Dkt. No. 17-587 (November 6, 2018).  The opinion was written by Justice Ruth Bader Ginsburg, with Justice Kavanaugh taking no part in the consideration or decision.