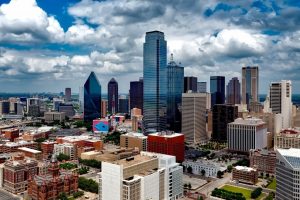 A group of teachers (Teachers) at the Dallas Independent School District filed grievances objecting to DISD’s method of evaluating teacher performance. DISD denied the grievances as untimely. On appeal, the Commissioner of Education dismissed the grievances, concluding that their untimely presentation to the local school board deprived him of jurisdiction.

The Supreme Court agreed with the court of appeals that the Commissioner had jurisdiction to hear the Teachers’ appeal. According to the Court, the legislature’s grant of appellate jurisdiction to the Commissioner is straightforward. Texas Education Code § 7.057(a) states: “[A] person may appeal in writing to the commissioner if the person is aggrieved by … actions or decisions of any school district board of trustees that violate … the school laws of this state” or that violate “a provision of a written contract between the school district and a school district employee.”

The Court further held that the grievances were timely filed.  The Supreme Court, however, declined to resolve the parties’ disputes about the legality of DISD’s teacher evaluation system.

The Court next agreed with the appeals court decision affirming the dismissal of the Teachers’ contractual complaints regarding their compensation. The Teachers failed to demonstrate that their complaints regarding reduced take-home pay due to rising insurance premiums was raised at the District level or supported by the record. Further, the Teachers did not persuasively rebut the Commissioner’s conclusion that reductions in take-home pay due to rising insurance costs—as opposed to reductions in total compensation—do not trigger the salary protections the Teachers invoke.