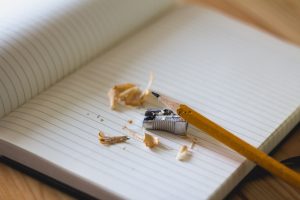 School administrators from districts hit hard by Hurricane Harvey this year spoke to a state legislative panel this week, asking for leniency on state testing requirements and assistance weathering the financial burdens caused by the storm.

Superintendents from across the Texas coastal region met with the Senate Education Committee to let lawmakers know that neither FEMA nor their insurance providers have provided financial reimbursements for costs associated with repairs, running shelters, and helping students who lost their homes.

They also detailed their challenges around meeting the state’s standardized testing schedule, given the delays around schools opening this year, as well as the damage sustained to educational materials and textbooks. While some superintendents asked for a full reprieve from testing this year, others expressed a desire to postpone the test dates.

Port Aransas ISD Superintendent Mark Kemp told the committee, “We keep saying the same thing – just give us a one-year reprieve. The stress of testing is huge, and on top of that, we have students who have to find their next meal, who have nowhere to lay their head at night.”

State officials conceded that the districts had been through a lot, but expressed the challenge with providing leniency while also maintaining state accountability standards.

Read the full story on the Houston Chronicle.

Photo by Angelina Litvin on Unsplash