Proposals to Change School Funding Are Hitting the Texas Legislature 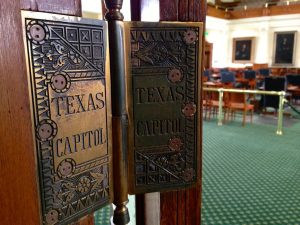 Several bills have been filed that propose eliminating or largely reducing the maintenance and operations tax—the tax rate—that Texans pay in property taxes to fund school districts.  The tax rate is most of what property owners pay to schools, and the goal of these proposed bills is to lower this tax burden for Texans.  The maintenance and operations tax provides the money necessary for salaries, building operations, supplies, etc., and it is the single largest source of funding for public schools.

If those funds from taxpayers decrease, where will the money necessary to run a school come from?  One solution is to make up for it by increasing the sales tax, but this is an imperfect response because it could create a higher burden for lower income families.  Furthermore, Texas is unique from many other states in that we do not have a state income tax, so lowering the property tax rate would create an over-reliance on sales tax.  This could prove risky in a shifting economy.

Other proposed changes include increasing school funding (hallelujah!) by using student enrollment instead of average daily attendance for school funding formulas.  We all know attendance goes up and down—especially during pandemics and periods of political, social, and economic stress.  Given that staying home when you feel sick is now the social norm instead of toughing it out, attendance is lower as viruses run rampant this fall and winter season.  Furthermore, some figures indicate that as many as 300,000 students are enrolled in Texas schools but do not figure into the current formula based on daily average attendance.  That’s 300,000 kids who are not funded at all.  House Bill 135 is one of several bills proposing this change.

Increasing the basic allotment for each student is also on the table.  Senate Bill 88 proposes raising this number from $6,160 to $7,075 and includes annual increases for inflation.  The goal of SB 88 is to provide districts with the funds needed for teacher raises.  Teacher salaries are the highest expenditure in school districts, and they are ostensibly the number one reason why so many classrooms in Texas are currently without an effective, highly qualified teacher.