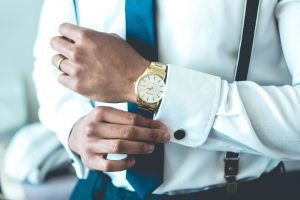 The student, Kelsey Boggs, had respiratory issues that caused her to miss a lot of school that resulted in a referral to truancy court.  At the truancy hearing, the principal said he would work with the family to help secure necessary course credits. Boggs, however, claimed the principal was unhelpful and that he began to retaliate against her.  It was alleged that the principal called her a liar, followed the student at school, and gave her intimidating looks. The principal also allegedly questioned whether the student could make up the credits to another faculty member, who relayed that information to Boggs.

The trial court concluded that the student offered no evidence of a concrete injury. Calling the student a liar, staring at her, speculating about her chances to graduate, and following her did not amount to an unconstitutional injury sufficient to proceed on her claims.  According to the Court, a “jury could not find that a person of ordinary firmness would be chilled from exercising their free speech rights based on these interactions, however immature.” The record showed, in fact, that the family continued to raise complaints even after the alleged conduct, negating a finding that the principal’s conduct would chill an ordinary person from exercising her right to free speech.  The trial court entered judgment in favor of the district and the principal on the First Amendment claims.