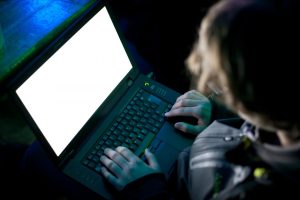 Even before the Covid-19 pandemic, Cleveland State University offered courses online and used various methods to ensure the integrity of remote tests. One method involved using a student’s camera briefly to scan the test taker’s surroundings for potential impermissible study aids or notes.

Plaintiff Aaron Ogletree, a student at Cleveland State University, filed suit alleging that this practice or policy violated his rights when a proctor asked him to conduct a room scan of his bedroom before starting a remote test.

The Fourth Amendment protects “[t]he right of the people to be secure in their persons, houses, papers, and effects against unreasonable searches and seizures.” A Fourth Amendment search occurs when the government violates a subjective expectation of privacy that society recognizes as reasonable.

In this case, the Court determined that the student had an objectively reasonable expectation of privacy in his home—and one that society recognizes as reasonable. According to the court, it is well-settled that the home lies at the core of the Fourth Amendment’s protections. Though the intrusion in this case was not physical, the same principles protecting the sanctity of the home apply to a visual intrusion conducted through remote technology.

The university argued that the room scans facilitated proctoring of tests and ensured academic fairness and integrity. For example, these practices helped detect other people or unauthorized study aids present in the room which might improperly assist the examinee and deter examinees from availing themselves of these and other forms of unauthorized assistance.

The court concluded that the student’s privacy interest in his home outweighed the university’s interests in scanning his room. Accordingly, the practice of conducting room scans was held unreasonable under the Fourth Amendment.

While this case occurred at a state university in Ohio, school districts cannot ignore its potential implications when students are engaged in online learning or online extra-curricular activities. The case is Ogletree v. Cleveland State University, Dkt. No. 1:21-cv-00500 (August 22, 2022).