Parent Requests To View School Video: What Are Their Rights? 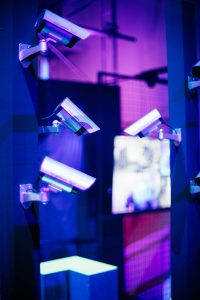 What do you do when a parent asks for a copy of video surveillance depicting an incident on campus when the video contains images of both innocent bystanders, as well as the students involved?  Is the video an education record of each of the students and is the school district permitted to release the video to a parent of an involved student, or is consent of the students in the video required?  According to guidance issued by the U.S. Department of Education, privacy rights under the Family Educational Rights and Privacy Act (FERPA) come into play in these types of scenarios.

FERPA is a privacy law that protects the privacy of student education records and personally identifiable information of students.  Education records are defined as records that are: (1) directly related to a student, and (2) maintained by an educational agency or by a party acting for the agency.  FERPA affords parents and eligible students the right to have access to their education records, the right to seek to have their records amended, and the right to have some control over the disclosure of personally identifiable information.  Eligible students are those who are 18 years old or attending postsecondary school at any age. FERPA prohibits an educational agency from disclosing student education records or personally identifiable information without prior, written consent from the parent or eligible student, unless an exception applies.  The most common exceptions include disclosure to (1) school officials with a legitimate interest in the information, (2) another school in which the student seeks or intends to enroll, and (3) directory information.

According to the DOE, the following may guide decision-making on the release of video surveillance and witness statements of a discipline incident:

This DOE guidance provides a basic legal framework for complying with FERPA when faced with a parent request to view video surveillance or witness statements of an incident on campus.  However, every case is different and care should be used before disclosing this type of information. When in doubt, get consent from the parents of the other students involved and contact legal counsel.