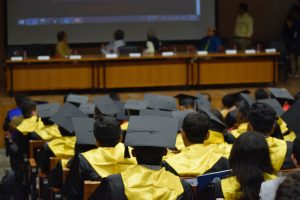 On September 1, a new bill went into effect in Texas, barring most registered sex offenders from living in campus dormitories at colleges and universities across the state.

House Bill 355 was spearheaded by Rep. John Raney, R-College Station, who represents one of Texas’ largest college towns. Raney told the Texas Tribune he was shocked to learn not too long ago that there was no existing state law barring sex offenders from living in college dorms and said it was “even more upsetting when a constituent came to his office to tell him that at her out-of-state college, she had been forced to live down the hall from a student who had sexually assaulted her the year before.”

While the bill passed through the legislature this year, many of the larger campuses, like the University of Texas, Texas State University, Texas A&M, and Texas Tech, already had policies in place to prevent registered sex offenders.

Many also say that while the bill sets a good standard on college campuses, it won’t have a large effect on public safety at these colleges. Registered sex offenders can still attend colleges and universities and live in private housing near campuses. Communications Program Director of the Texas Association Against Sexual Assault, Ted Rutherford, told the Tribune, “We know the vast majority of rapists have not been previously criminally adjudicated.  So, this raises the question how much impact a bill like this could have. We also know there’s a lot of work to be done to prevent sexual violence, regardless of whether registered sex offenders are allowed on campuses.”