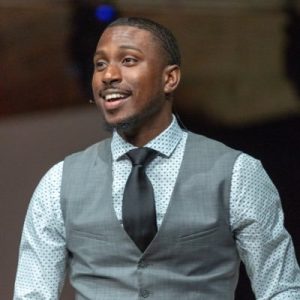 “You cannot demand a withdrawal from someone you have never invested in.”

When Michael Bonner first began his teaching career at South Greenville Elementary School – a Title 1 School  in Greenville, North Carolina – he quickly realized two things. First, all of his students were highly capable of learning. But, second, many of them were facing tremendous obstacles in their personal lives, ranging from situations of racism, family abuse, poverty and more.

Fresh out of college, Bonner recalls feeling overwhelmed by the amount of trauma his students were dealing with on a daily basis, as well as the ways this trauma affected them in the classroom. But he also saw that as a teacher he had options. He could maintain a tough exterior and hope to gain control of his students through yelling and domination. Or he could work to understand his students and build an environment of trust.

He chose the latter, and that is how Bonnerville, Bonner’s now-famous nickname for his classroom, was born.

“Teachers often have a saying, ‘Don’t smile until December,’” he said, referencing the way many teachers rely on a tough exterior to manage their classrooms.

He admits to testing it for himself. “I found out that those practices were very shallow and that the better way to go was to engage students. So, I started to be very strategic about my classroom environment. What did I want the town or city of Bonnerville to be like?”

Bonner says this inquiry led him to create two non-negotiables for himself. First, he would always maintain high expectations of his students and communicate to them that no matter what they were facing he believed in their ability to succeed and thrive in life. Second, he would always maintain high expectations of himself to model the behaviors he was trying to teach. He says the latter was especially important.

“Teachers always tell [their students] that we should love each other and treat each other like family … but as adults, we often don’t truly know what love is or how a functioning relationship should work,” he said. “And our students may come from situations where family members say they love them, but they’re fussing and arguing every night. So, holding those high expectations and modeling right behavior is essential, and it helps create a learning environment that is built on respect and a love for learning.”

Bonner will be a featured keynote speaker at this year’s National Educators for Restorative Practices Conference, which features the theme, “The Student Connection.” At the NEDRP Conference, educators will be able to experience the power of restorative practices through the student voice. Bonner says that creating space for students to have a voice in the classroom and school setting is one of the most important things educators can do. He personally does this by using the Socratic circle method, a cornerstone of restorative practices, and giving students leadership roles in his classroom, such as greeting visitors at the door and teaching.

“[These things] allow students to become articulate problem solvers,” he said. “We say that we want people in our society with those skills, but then we don’t actually give people the opportunity to do that without being fearful.”

In recent years, Bonner and his dynamic approach to teaching has been featured on national media outlets, like The Ellen DeGeneres Show, NBC Nightly News with Lester Holt, Remind, and more. Since 2017, Bonner has delivered more than 100 keynote speeches and has collaborated with educators from across the world. He is also in the process of starting up a foundation to provide students with access to the resources they need in the classroom.

You can catch Michael Bonner at this year’s NEDRP Conference, coming up November 4-5 at the Irving Convention Center, where he will be one of our featured keynote speakers!

Register for the NEDRP Conference today to save your spot!