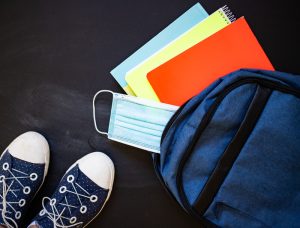 Last week the federal government announced that it will investigate TEA because the state organization’s guidance prohibiting mask mandates may be “preventing school districts in the state from considering or meeting the needs of students with disabilities.”

TEA’s most recent update to its public health guidance states that districts cannot require masks because courts are not blocking Gov. Abbot’s executive order forbidding local mask mandates.  Shorty after that update was made, The U.S. Department of Education announced its investigation.  Officials informed TEA Commissioner Mike Morath that they will look at whether students with disabilities (who are at greater health risk from COVID) are prevented from safely returning to school in person, a violation of federal law.

Meanwhile, a lawsuit brought by Disability Rights Texas has a trial date set for October 6th.  This suit claims that Abbott and Morath are violating ADA and Section 504 because children with disabilities are denied access to public education due to their high risk of illness or death from COVID in an environment lacking the protection that face covering provide.  In a recent statement, the lead attorney for Disability Rights Texas called Abbott’s order and TEA’s guidance “reckless,” “dangerous,” and “blatantly discriminatory.”

Many districts across Texas are mandating masks in violation of Abbott’s order and TEA’s guidance.  New data is showing that those districts requiring masks have significantly lower COVID numbers than those who don’t require masks.  For example, Lago Vista currently has 106.1 cases per 1,000 students, whereas Austin has 12.1 cases per 1,000 students.  (Furthermore, it is only October 1st, and the COVID numbers from this school year have already surpassed those from last year despite the likely undercounts that happen at both the local and state level.)

Some of the districts violating Abbott’s order are currently entangled in a suit from Attorney General Ken Paxton, while others may have acquired temporary restraining orders allowing them to mandate masks.  The constant back and forth over mandates, the many ongoing court proceedings, and the shifting guidance and evolving local rules are no doubt confusing and frustrating for many parents and their communities.

Some parents’ frustration has led to more court proceedings as they sue school districts for not requiring masks, claiming their children’s constitutional rights are violated by the lack of a mask mandate.  Districts currently being sued in federal court by parents for this reason include Lago Vista, Frisco, Grapevine-Colleyville, and Hurst-Euless-Bedford.  The suit argues that Abbott’s order violates the 14th Amendment and the Declaration of Independence, and they are asking that districts follow CDC guidance which recommends masks in schools.

Please stay safe and healthy, everyone, while we wait and watch the upcoming investigations and court developments.