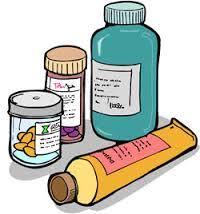 While in a classroom waiting for his mother to pick him up from school, the student went to an unlocked cabinet where other students’ medications were kept and ate some nonprescription lotion as well as another student’s topical prescription medicine. The parent sued the school district for negligence and gross negligence regarding the District’s “administration” of medication, causing damages.

The suit alleged that because the district had enacted policies requiring students’ medications to be kept locked in the school nurse’s office, because the district did not have the parent’s written consent to administer the lotion to the child, and because she asserted gross negligence against the district, the Texas Legislature had clearly waived the district’s immunity from liability in the Texas Education Code.

The district filed a plea to the jurisdiction and motion to dismiss, arguing that Texas Education Code Section 22.052 did not waive its immunity from suit.  The trial court dismissed the suit, and the parent appealed.

Section 22.052 of the Education Code addresses the administration of medication by school district employees or volunteers and immunity from liability.  It states, in part:

(1) the school district has received a written request to administer the medication from the parent, legal guardian, or other person having legal control of the student; and

(A) from a container that appears to be:

(i) the original container; and

(B) from a properly labeled unit dosage container filled by a registered nurse or another qualified district employee, as determined by district policy, from a container described by Paragraph (A).

(c) This section may not be construed as granting immunity from civil liability for injuries resulting from gross negligence.  Tex. Educ. Code Ann. § 22.052.

In the same subchapter governing civil immunity in the public-school context, Texas Education Code § 22.051, states that any immunity provided “is in addition to and does not preempt the common law doctrine of official and governmental immunity.”

The parent contended that the Legislature, by enacting Section 22.052, clearly waived the district’s immunity regarding her gross-negligence claims and thereby provided a remedy against a school district for those injured by a school employee’s medication administration. The appeals court disagreed.

The appeals court concluded that Section 22.052(c) is not a clear and unambiguous waiver of the district’s immunity from suit. Because this is the only ground for waiver asserted by the parent, she did not carry her burden to affirmatively demonstrate the trial court’s subject-matter jurisdiction and the trial court did not err by dismissing the suit.  The case is Doe v. Hurst-Euless-Bedford ISD, No. 02-20-00132-CV, 2021 WL 210847 (Tex. App. – Fort Worth Jan. 21, 2021).