Reposted from the Office of the Texas Governor Greg Abbott 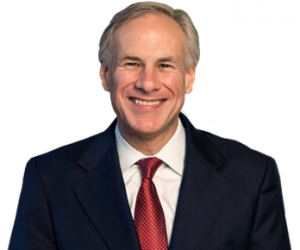 Governor Greg Abbott today released the Texas School Safety Update report highlighting the progress made to keep students and teachers safe at school. The report provides an update on efforts by the Governor’s Office, the Legislature, and state agencies to implement recommendations made in the School Safety Action Plan released on May 30, 2018 and the subsequent update in August 2018.

“Because the safety of our students in Texas classrooms today is a top priority, I made school safety an emergency item in the 86th Legislative Session — and state leaders took substantial steps to deliver on this priority,” said Governor Abbott. “I am grateful for the bi-partisan efforts of legislators that led to significant improvements in enhancing the safety of Texas schools, expanding students’ access to mental health resources, and increasing support for teachers facing classroom challenges. As we look to the possibilities that a new school year may bring, school administrators, parents, teachers, and lawmakers must continue the conversation on school safety and continue to make the effort to keep our students safe in an affirming environment that strives for excellence and growth.”

A summary of the report can be found below. Read the full Texas School Safety Update report.

A list of additional school safety laws passed during the 86th Legislative Session can be found on page 22 of the report.

The passage of House Bill 1, Senate Bill 11, and Senate Bill 500 have led to nearly $339 million in school safety funding for various agencies and entities, including HHSC, TEA, Texas State University, and the Texas Higher Education Coordinating Board. A breakdown of funding can be found on page 23 of the report.

Additionally, the Department of Public Safety has released a detailed breakdown of their statewide school safety initiative actions over the past year. Highlights of the document include: