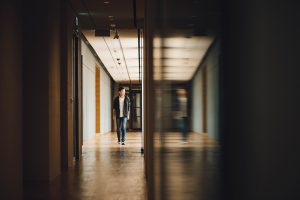 A disabled elementary school student’s parents sued the City of Southlake, its police department, and school resource officer (SRO), alleging that SRO violated the student’s rights under Rehabilitation Act and Title II of Americans with Disabilities Act (ADA).  In its published decision, Wilson v. City of Southlake, 936 F.3d 326 (5th Cir. 2019), the Fifth Circuit Court of Appeals held that fact issues remained as to whether the SRO violated the child’s rights.

S.W. was an eight-year-old, second-grade student with significant emotional and behavioral disabilities, including autism, oppositional defiant disorder, and separation anxiety disorder. S.W., who weighed approximately 87 pounds and was about 58 inches tall at the time, also received special education services.

On January 23, 2014, S.W. was serving in-school suspension in the principal’s office and became visibly upset, using obscenities, crumpling papers, and throwing items on the floor. S.W. referenced a weapon in his backpack and produced what he referred to as “home-built nunchucks.” The “nunchucks” consisted of a jump rope provided by the school as part of a “Jump Rope for Heart” program. S.W. twirled the jump rope and attempted to hit the principal. He also threw a cup of coffee and hit the wall. The principal called for assistance, but S.W. ran into the hallway with his jump rope.

Shortly after S.W. entered the hallway, SRO Sgt. Randy Baker arrived and was told to “stand and watch right here, say nothing.” Seconds later, as S.W. was twirling his jump rope, Baker handcuffed S.W. and took him to the principal’s office. Baker sat face-to-face with S.W., screamed at him, called him names, including “punk” and “brat,” mocked S.W., and laughed at him. While screaming, Baker indicated that he reacted that way because of how S.W. had acted during a previous incident.

Baker continued antagonizing S.W. and aggravating the situation until S.W.’s parents arrived.  The parents exchanged words with Baker and the parents and S.W. left the building. Baker later filed various criminal charges against S.W.  An internal affairs investigation found that Baker’s interaction with S.W. was “unprofessional and unreasonable.” Further, Baker’s conduct was “demeaning, berating and antagonizing” toward S.W. Baker was terminated by the City as a result.

The parents filed suit.  Title II of the ADA provides that “no qualified individual with a disability shall, by reason of such disability, be excluded from participation in or be denied the benefits of the services, programs, or activities of a public entity, or be subjected to discrimination by any such entity.”  To establish a case, facts have to demonstrate: (1) that S.W. was a qualified individual within the meaning of the ADA; (2) that he was excluded from participation in, or being denied benefits of, services, programs, or activities for which the public entity is responsible, or is otherwise being discriminated against by the public entity; and (3) that such exclusion, denial of benefits, or discrimination is by reason of his disability.

In similar disability discrimination claims arising from an arrest of a person with mental disabilities, the Fifth Circuit has recognized an “exigent circumstances” exception in that officers do not first have to consider whether their actions will comply with the ADA in the presence of exigent circumstances and prior to securing the safety of themselves and others or when they are reacting to potentially life-threatening situations.

The Fifth Circuit held that there were factual disputes as to whether the exception applied in this case.  For example, whether an 8-year-old twirling a child’s jump rope created a danger of physical harm or a potentially life-threatening situation is a dispute of material fact.  There was also a dispute as to whether Officer Baker knew of S.W.’s mental disabilities. The appeals court stated that there was no potentially life-threatening situation or threat to human life, as opposed to a mere “disruption.” According to the court, because there was no such circumstances, the “exigent circumstances” exception did not apply.  The judgment in favor of the defendants was reversed and the case was sent back to the trial court.

This case emphasizes the importance of training SROs on handling students with disabilities, as well as all students.  Young students are particularly vulnerable and courts will not be tolerant of actions by SROs, such as arrests and the use of handcuffs, unless there is a serious safety threat to themselves or others.  In all other circumstances, the best approach is to refrain from the use of force and restraint.

In fact, state law now prohibits the use of “aversive techniques” in discipline matters, which are defined as a technique or intervention that intentionally inflicts a significant physical or emotional discomfort or pain.  Consult Texas Education Code § 37.0023 for the specifics on what is prohibited conduct.

Did you know ED311 now offers in-district trainings on SROs, Behavioral Interventions, and Emotional Supports through our Safe & Supportive Schools module, delivered by Dr. Michelle Parsons? Let us bring the experts to you! Learn more about this in-district offering, and stay tuned for more information about upcoming multi-district training opportunities.