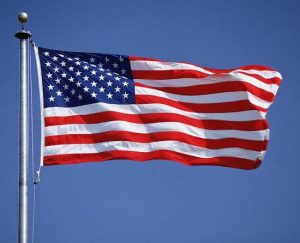 A high school senior athlete in the San Pasqual Valley Unified School District in California sued the district seeking an injunction barring the district’s enforcement of its policy against kneeling during the National Anthem.  The record showed that the student protested peacefully and without incident at two home games.  At an away game, however, a confrontation among students took place following the game.

As a result of this and inquiries by members of the public, the district proposed “Initial Rules” requiring students and coaches to stand and remove hats/helmets and remain standing during the playing or singing of the National Anthem.  Kneeling, sitting or similar forms of political protest were not permitted.  The rules were given to parents, staff and students, and displayed on the district’s website.  The rules were to remain in effect until further notice, pending adoption of a Board policy on the subject.

The Board did not formally adopt the policy, but had district legal counsel draft a proposed policy.  The draft policy prohibited political activism by students and staff participating in extracurricular programs and interscholastic activities.  Before the draft policy could be formally adopted, the student filed suit seeking an injunction against enforcement of the Initial Rules and draft policy.

Following a hearing, the district court granted a preliminary injunction and held that the Initial Rules and draft policy offended the First Amendment to the U.S. Constitution.  The court found that kneeling during the National Anthem is a form of speech – which the student stated was an expression of protest against racial injustice.

The district court analyzed the speech under standards established by the U.S. Supreme Court in Tinker v. Des Moines Indep. Cmty. Sch. Dist.  In that case, the Supreme Court found that a school can regulate student speech if the school shows facts which might reasonably have led school authorities to forecast substantial disruption of or material interference with school activities or interference with rights of other students to be secure and to be let alone.

While this court does not have jurisdiction in Texas, the case provides insight into how a Texas court might analyze a similar case.  Under the standards detailed above, to prohibit political activism of this nature a school district will have to present evidence of a substantial disruption of or material interference with school activities or interference with student safety.  A mere silent protest with no disruption is not enough to justify a ban on kneeling during the National Anthem or similar protests.