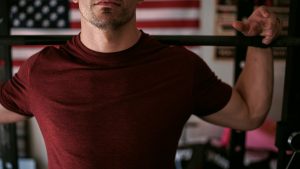 Jessica Ryburn sued the Giddings Independent School District on behalf of her middle school son, L.W., for injuries she claims he sustained during “mat drills” at the direction of his athletics coach.  Mat drills involved two students “on all fours on the mat going at each other until one is pinned or knocked off the mat.”  A student sustained a serious ankle injury one year before L.W.’s injury, and a second student, A.B., had his braces knocked out during these drills. The suit alleged that A.B.’s mother approached the District’s athletic director, who ended the mat drills. However, the drills resumed once that athletic director left the district in 2014.

On April 11, 2014, one of the middle school coaches directed L.W. to engage in mat drills.  The lawsuit claimed that, shortly before L.W. began the drill, another boy hit his head very hard during the exercise and was dazed by the impact, but did not receive a concussion assessment. When it was L.W.’s turn, he was sitting on the mat on his knees when his opponent lunged forward, spearing L.W. in the chest with his head.  According to the suit, the force of the blow knocked L.W. back off his knees and his head slammed down on the tile floor beyond the edge of the mat.  The impact allegedly caused L.W. to lose consciousness, coming to only when another student slapped his face.  Regaining consciousness, L.W. told the coaches that his vision was spinning, yet the coaches did not assess him for a concussion but instead allowed L.W. to sit out the class period while the mat drills continued, the lawsuit claims.  Later, after being assessed at the hospital, L.W. was diagnosed with a severe concussion and cerebral edema.

The mother asserted that the district violated L.W.’s rights under Title IX of the Education Amendments Act of 1972 and 42 U.S.C § 1983. The suit claimed that the District, through subjecting male students to inherently dangerous exercises, has deprived L.W. of an educational opportunity on the basis of his sex.  The mother also alleged that the District’s failure to properly implement concussion policies or to train its employees to handle concussions caused various violations of L.W.’s constitutional rights, including L.W.’s rights to bodily integrity, education, medical care, and equal protection.

The District sought dismissal of the suit, arguing that the facts alleged did not support claims under either Title IX or § 1983. The District first challenged Plaintiff’s assertion that it violated L.W.’s right to receive medical care on the basis that such a right has not been recognized in the context of public schools.  According to the Court, the allegations that school employees failed to take “reasonable steps” to address L.W.’s injury amounts to mere negligence that is not actionable under § 1983.

The District also challenged the alleged violation of L.W.’s right to an education. The Court held that the suit had not adequately identified the educational opportunities unconstitutionally denied to L.W.  Instead, the thrust of the complaint was that L.W.’s concussion left him with cognitive disabilities that made it more difficult for him to learn, and that the District did not offer sufficient counseling, tutoring, or therapy.  Courts have held that no protected property interest is implicated in a school’s denial to offer a student a particular curriculum.  Therefore, the lawsuit did not properly state a claim for the denial of L.W.’s right to an education.

The lawsuit also failed to adequately allege district liability for L.W.’s alleged injuries.  To do so, the suit had to allege, in addition to a constitutional violation, that an official policy promulgated by the District’s policymaker was the moving force behind, or actual cause of, the constitutional injury, and that the policy was adopted with deliberate indifference to the known or obvious fact that such constitutional violations would result.

According to the Court, the suit alleged only isolated incidents of injuries and fewer instances of concussions. Without more, the facts failed to plausibly allege a custom for which the District might be liable. Other than L.W.’s own injury, the suit identified only one other student who did not receive proper care after head injuries in 2014 and 2015.  Therefore, the lawsuit failed to state sufficient facts to support constitutional claims against the District.  The trial court held that the suit was subject to dismissal, but allowed the parent an opportunity to amend the suit.