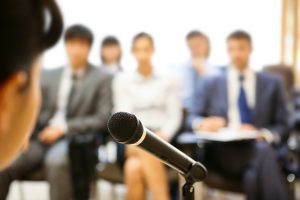 Gerald Boyd was employed by Mount Pleasant Independent School District (MPISD) when he made public comments at a board meeting regarding alleged waste, fraud, and abuse of tax dollars by the school board.  When Mr. Boyd was later terminated, he filed suit against the district claiming violations of his First Amendment rights.  The district requested judgment in its favor prior to trial, arguing that there was no triable issue that MPISD fired Mr. Boyd because of his public comments.

The Court granted the school district’s motion.  According to the Court, Mr. Boyd’s ultimate burden was to show pretext or causation; that is, to prove by a preponderance of the evidence that MPISD fired him not for the stated reasons, but rather in retaliation for Mr. Boyd’s public comments. Based upon the evidence before the Court, a reasonable juror could not conclude that Mr. Boyd was fired in retaliation of his speech for three reasons. First, MPISD renewed Mr. Boyd’s employment contract six months after his public comments regarding the school board’s alleged waste and fraud. Second, MPISD’s stated reason for later firing Mr. Boyd is forceful—MPISD shows that Mr. Boyd was fired because of a number of vulgar comments he made to his students. Third, Mr. Boyd was unable to discover any evidence that similarly situated teachers were not fired following similar behavior.

Mr. Boyd’s main contention was that the public comments regarding the school board were made shortly before his termination. The Court concluded, however, that even assuming that the temporal proximity between the time Mr. Boyd made comments about the school and Mr. Boyd’s termination was sufficient to raise an inference of retaliation, when an employer presents legitimate non-retaliatory reasons for terminating an employee, temporal proximity alone is insufficient to prove causation.  Mr. Boyd simply failed to overcome the district’s legitimate, non-retaliatory reasons for his termination.  The Court, therefore, found no First Amendment violation and entered judgment in favor of the district.