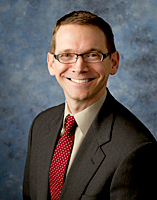 A Rocksprings Independent School District senior from the 2019-2020 school year, who had hoped to be named class valedictorian, filed a grievance against the District.  After the grievance was denied, the student appealed to the Commissioner of Education.

The student challenged the District’s decision to change the class rank and grading policies in response to the pandemic so that class rank was determined at the end of the fall 2019 semester instead of the spring 2020 semester.  As a result of the change, the student’s rank was changed from valedictorian to salutatorian.

The Commissioner rejected the contention that the change in policy violated Texas Education Code 1.002 which requires schools to provide all students within its jurisdiction equal education, services, and activities.  The policy change applied equally to all students.  While it impacted this student negatively, it did not violate Education Code 1.002.

The Commissioner concluded that the District did not violate the Texas Open Meetings Act when it voted on the policy change.  The board’s notice for the meeting that ratified the decision was sufficient.  Even though the notice did not state “class rank,” it was reasonably foreseeable that the board would address the class rank policy.

In dismissing the appeal, the Commissioner also concluded that he did not have jurisdiction over the student’s complaints about the actions of individual board members, the lack of board member training, the request that the District pay the college tuition waiver granted to valedictorians, and claims of retaliation and harassment.  The student’s appeal was dismissed and the requested relief was denied.  The case is Student v. Rocksprings Independent School District, Dkt. No. 008-R10-10-2020 (Comm’r Educ. March 16, 2021).