Claims Against Football Coach for Attack on Referee Allowed to Proceed 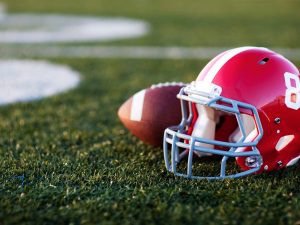 The referee brought constitutional violations and state law claims against the district and the coach, in his individual capacity. The trial court dismissed the suit, finding no liability against the school district because the injuries were not the result of a district policy, custom, or practice. The court also dismissed constitutional claims against the coach, on the grounds that he was not a state actor at the time he ordered the attack, and the harm was committed by the students – private third parties.

On appeal, the Fifth Circuit Court of Appeals affirmed the dismissal of the district but reversed as to the coach. According to the appeals court, “the law has long recognized that state action exists when a state actor commands others to commit acts as much as when the state actor commits those acts.” In those circumstances, it is clearly established that the coach engaged in state action when he ordered his players to assault the referee.

The challenged action was the coach’s order to harm the referee. This involved state action, as the coach was on the sidelines acting in his role as an assistant football coach at a public school. The court stated, “The question with the straightforward answer is the one we face here: whether a public official somehow steps out of his ordinary ‘state actor’ role by enlisting private parties to carry out his orders.” Because the law has long recognized that a public official remains a state actor when he orders others to carry out his objectives, any reasonable football coach would have known that he was engaged in state action when instructing his players to harm the referee.

The appeals court concluded that it was error to dismiss the constitutional claim against the coach on that ground.  The court returned the case to the trial court to determine whether the complaint has alleged a violation of clearly established due process law. The state law claims were also allowed to proceed.  The case is Watts v. Northside ISD, Dkt. No. 20-50103 (5th Circuit June 27, 2022).