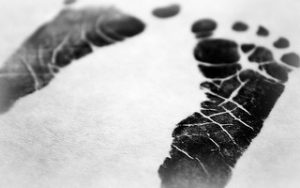 While debate on the Bathroom Bill continues, some transgender men and women, who fear for their safety, say they would consider updating the gender on their birth certificates to reflect the gender they identify with, but are finding the process to do so to be challenging and expensive.

The Texas Tribune recently spoke to several transgender men and women who say that they feel so unsafe using the bathroom associated with their birth gender at their schools that they often try to avoid using the restroom altogether. While one option might be to go through the State to update their gender on their birth certificate, in Texas changing one’s gender identity on a birth certificate requires a certified court order, which can be time consuming and costly to obtain, as they require doctor’s notes in addition to filing fees. And even if one is able to afford the legal and medical costs, many judges are reluctant to grant such an order to a minor.

And Claire Bow, an Austin-based attorney, told the Tribune that the issue is far more complex.

According to the Tribune she said:
“The important thing to understand is it’s never the first step in the process,” Bow said of amending birth certificates or IDs. Bathroom bills assume that every transgender person has “gone all the way through the process” or have reached the point in treatment at which their doctors and therapists will sign off on the letter needed for court. “That’s why this is hard,” she added. “Nobody wakes up one day…and changes their sex.”