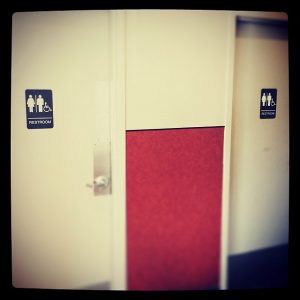 This week, the Texas Legislature ended its special 30-day summer session without lawmakers passing the “bathroom bill”, a controversial measure that sought to bar transgender people from using the public restrooms associated with their gender identity.

The bill, which was the most hotly debated initiative during the regular legislative session, was the primary driver behind Gov. Greg Abbott’s decision to call a special session in the first place.

If it had passed, the “bathroom bill” would have required transgender individuals to use the public restrooms that matched the genders listed on their birth certificates, instead of the restrooms matching the genders with which they identify.

Critics of the bill blasted it for being “discriminatory” and said it violated the human rights of transgender people. Sarah Kate Ellis, president and CEO of GLAAD, a national LGBT rights group, told USA Today that the bill’s failure in the special session was a win. “Today’s victory shows what can happen when transgender Americans and their allies stay vigilant and push back against legislation that helps no one and harms many,” she said.

Supporters of the bill claimed the measure would protect citizen privacy and safety, particularly in public schools. In a press conference, Lt. Gov. Dan Patrick said, “[Texans] don’t want their children showering together, boys and girls in the 10th grade, sharing locker rooms and restrooms … and women want to be protected.”

Lawmakers could elect to revisit the bill during the 2019 legislative session.