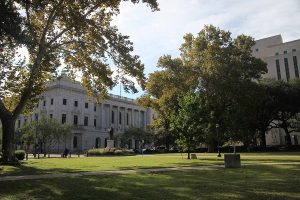 Parents of a Northwest ISD kindergarten student challenged the district’s special education evaluation. A special education hearing officer concluded that the evaluation complied with the Individuals with Disabilities Education Act (IDEA). On appeal in federal court, the trial court affirmed, and the parents appealed to the Fifth Circuit Court of Appeals.

The evidence showed that, prior to enrollment in the district, the parents provided a private psychological evaluation that diagnosed Autism Spectrum Disorder, General Anxiety Disorder, and separation anxiety. At the parents’ request, the district conducted a full and individual initial evaluation (FIE).

The Fifth Circuit Court of Appeals found no error in the district’s evaluation determinations. The parents alleged that the district was on notice that the child suffered from an emotional disturbance and that the evaluation provided was insufficient in detecting that. The appeals court disagreed, observing that emotional disturbance conditions must be adversely affecting the child’s educational performance to a marked degree. The evidence, however, did not show that his anxiety rose to that level.

Finally, the appeals court held that the district was not required to show both that its FIE was appropriate and that the parents’ private evaluation was inadequate. Instead, the district needed to show one or the other to prevail. The court of appeals ruled in favor of the district on each issue raised on appeal. The case is Heather H. v. Northwest ISD,  Dkt. No. 21-40316 (5th Cir. June 2, 20220).